(Gastbeitrag von Irina Graf) In June 2019, Caleb Parker and I were guests on the Hotel O Motion podcast hosted by Valerie Wagner. The interview was about 'The state of Wi-Fi in hotels and venues', and we discussed the results of a study conducted in the UK by the Hotel Booking Agent Association (HBAA), with Caleb sharing further insights about what should be done to standardise industry practices when it comes to Wi-Fi in venues and hotels. Additionally, we addressed the questions event planners should be asking their hotels and venues about Wi-Fi, and lastly understanding what free Wi-Fi actually means for guests and organisers.

Valerie is a blogger and podcaster specialising in digital hotel management. She has built an online community of hoteliers who receive constant updates from her about how to optimise their processes and customer experience in the digital age. Caleb is a London-based entrepreneur, who currently serves on the board of an event agency Select Event Solutions. He is also the founder of the Future in 15 Show (where he interviews people who are innovating in the MICE sector) and a member of the HBAA (a UK-based association, where he has been on the executive committee for the past few years). And myself, I run the events management blog The MICE Blog for corporate event planners and cover MICE destinations, the latest trends in the events industry and educational content. I also organise a regular #eventprofstalk Twitter chat and next year, the first Event Planners Talk international conference for event professionals will take place in Bern, Switzerland.

HBAA conducted a study regarding the state of Wi-Fi in hotels and venues, the results of which showed that 80 per cent of hospitality and event professionals call for an industry standard on venue Wi-Fi service and pricing. Currently, this is not the case, and the prices and service levels vary enormously.

What has triggered the study, and what's the current state of Wi-Fi in hotels and venues?

It all came about when last year Caleb was pointed to a blog post by an event technology provider Group Dynamics entitled 'www the wild wild west of event Wi-Fi'. This post pointed out the confusion that event organisers feel when they are faced with the range of service levels and pricing for Wi-Fi in venues across this industry. Caleb and the executive HBAA committee had a discussion about it, and when they started looking into this topic, they decided to conduct research into this area.

They surveyed the members and partnered with the event publication Event Industry News, with the survey getting responses from all around the globe. It immediately became apparent that there is a large disparity with major gaps in the industry when it comes to Wi-Fi in venues and events.

Another survey finding revealed that 88 percent of respondents wish to see free delegate Wi-Fi included as part of the conference package, and the most common way to research Wi-Fi availability at a venue was either through venues making suitable recommendations based on the total number of delegates, or with an event organiser enquiring. For the full findings, you can read the following article.

Does the industry need standardised pricing for Wi-Fi?

According to Caleb, 'Standardise pricing might sound a bit controversial, and some people might not like that, but what came from the results of the survey is that we (venues, hotels and event planners) don't speak the same language. We saw in the survey polarised responses when the venue offered a lot of bandwidth for not much cost, and then the complete opposite-venues offering not a lot of bandwidth for high cost, so there wasn't consistency.'

Caleb continued, 'Also, the definition and semantics of what organisers are thinking is that free Wi-Fi is not the same as that which a venue considers to be free Wi-Fi. I think that what we need to do is to speak the same language. As part of the research, we asked the same question, and 90 per cent of buyers surveyed believed that the industry will benefit from standardised pricing levels, and more than 80 percent asked for service level standards that are transparent and easy to understand.'

Looking at the survey results, nothing about Wi-Fi is clear. Often buyers are not asking the right questions early enough, and venues are frequently not ready to answer the questions being asked. But it's not always venues' fault, Caleb suggested. 'Sometimes, they are stuck in an expensive legacy contract with data providers, or some events require more bandwidths than others, and obviously there are also security issues, so it's a big problem.'

Caleb said that HBAA is looking at and defining what industry standards should look like instead of standardising prices. For example, event professionals know the star rating system on the bedroom side of hotels-there is a clear understanding of what a 3/4/5 start hotel is and what service level they would get, so why not come with something similar for Wi-Fi? Based on that, venues can make their own commercial decisions on what they charge for each service level.'

What are the challenges from the attendees' perspective when it comes to Wi-Fi?

Today, Wi-Fi is like oxygen for delegates. Caleb shared that when he goes to an event, he expects to have the same capabilities of using his mobile and his laptop as he does at home, and if the Wi-Fi service is worse, whom is he blaming? The venue. But it also might not be the venue's fault because the organiser didn't ask the right questions and purchase the right amount of bandwidth.

Caleb shared that it's important to point out what delegates attending an event are expecting to use their Wi-Fi for. Is it just social media or emails, versus what organisers might need the Wi-Fi for, which could include live polling, connecting with people remotely via video, or using apps, and these services have bandwidth-intensive requirements. And in that case, it's not fair or necessary for organisers to say that venues should offer that for free.

If attendees are expected to pay for Wi-Fi, it should also be communicated what they will get for it, otherwise that creates a gap leading to organisers, venues and delegates not speaking the same language. This happens because of a lack of understanding.

To what extent does reliable Wi-Fi influence the choice of venue-do you think that it ranks higher than catering, room price etc., for example?

According to Caleb, 'It depends on what perspective we are talking about - is it from the venues' and buyers' perspective? Because each party talks about what's good for them. But what we really should be talking about is from an attendee or delegate perspective, what is best for them. If the organisers and venues ask their delegates, Wi-Fi ranks just as high as the quality of the food, and if they are paying to attend the event, the pricing and value they are getting are also important.'

'For example, if they are paying a certain price for a ticket and get bad food, then they would say that was not a good event, but equally if they don't have reliable Wi-Fi, they would say it's a substandard event. So I think that if we, as an industry, come together on the buyer and supplier side, and think about what is the best for event participants, that is what we should be talking about,' Caleb commented.

What questions about Wi-Fi should organisers ask before booking a venue?

'Wi-Fi for example can also mean an unsecured data connection to speed up the amount of 20 Modulation and Coding Scheme (MCS) that are shared across the delegates at the venue. That is basic, and I personally think that it should be free. Venues who say that it's a cost they are paying for should include it in their rates. The speed of 20 MCS is not much and might be good for a small event, but what about events for thousands of people? So therefore I think we need a standard method to calculate the bandwidth of capacity of a venue and define a set of service levels that are easy to understand, and include them in an accreditation process or a star-rating system so that when we are asking the questions, it makes easier for everybody to understand and speak the same language.'

Key questions that should be asked:

Do you have free Wi-Fi? What is the service level of that Wi-Fi and what's the bandwidth capacity? It should be organiser's responsibility to be asking these questions. For example, if they have 50 people, the bandwidth should be able to support these 50 attendees. Equally, if the event has 1000 people, and the venue claims that they have free Wi-Fi, and only provides 20 MCS, nobody is going to have fast internet. It's ok for the venue to promote free Wi-Fi, but the organiser needs to question what the bandwidth speed is, how many people at the same time it can support and also how many devices because 50 people can also mean 150 connections!

On top of the free Wi-Fi, some venues say that they offer such free Wi-Fi up to a certain number of delegates-if the number of delegates exceeds this number, they can provide dedicated Wi-Fi to the event for up to a certain amount of people. Hence, the next question should be: What sort of activities can this Wi-Fi support? Is it limited to social media and email? What if there's an event app, can everyone download it? Is the organiser required to have their own secure network?

These are the questions to be asked during the vetting process of the venue before signing a contract. The technical part of Wi-Fi and bandwidth specification should be simplified and explained with respect to what can be achieved with certain bandwidth and the conditions. The basic delegate Wi-Fi usage will usually accommodate emails and social media, and additional Wi-Fi that venues will charge for will enable video conferencing, private secure networks etc.-these two Wi-Fi forms need to be differentiated. Caleb believes that 'Venues should be providing the basic service for free and include this in their rates. Including the bandwidth into a venue's service makes the buying process less frictional for the organiser.'

And lastly, ask if there is on-site in-house IT support, particularly for the additional bandwidth services, because that makes a difference in price as well, and has the advantages of faster turnaround and response time.

After recording this episode, it was announced in the media that the UK government is launching a competition for conference centres across the UK to apply for funding to improve their broadband infrastructure. This is done intentionally to attract more international conferences to UK venues. The UK government sees digital infrastructure as a crucial part in attracting international business and is seeking to support venues and their infrastructure, presenting Britain as the leading destination for events. Read the full article here. 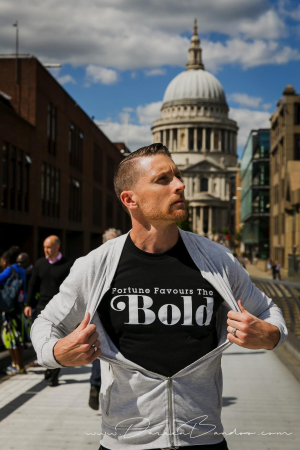 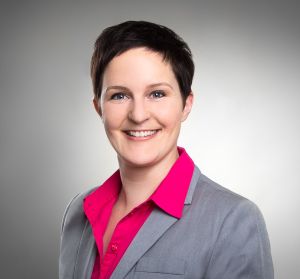 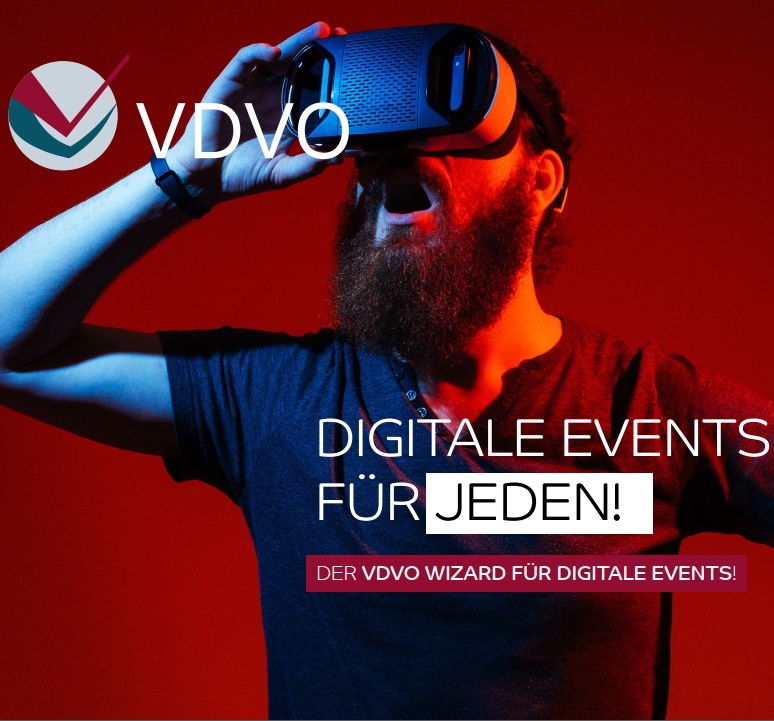 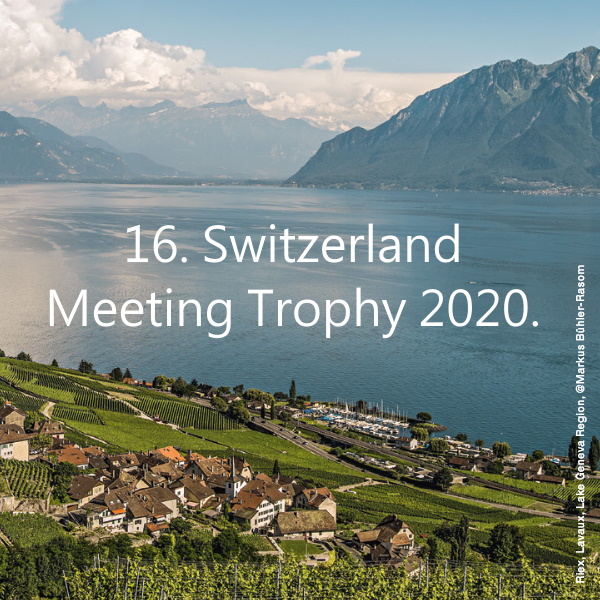 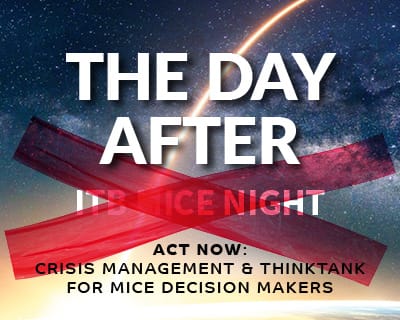 ITB - Absage: The Day After 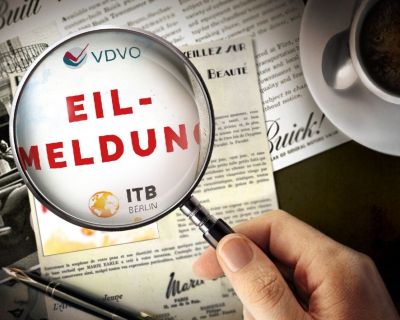 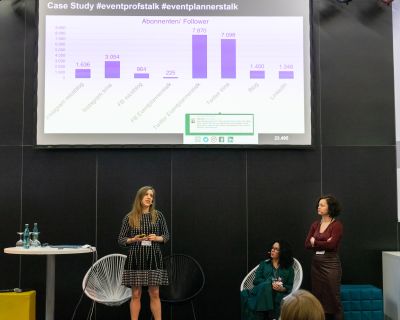 From # to event: how the Event Planners Talk conference was initiated from a weekly Twitter chat 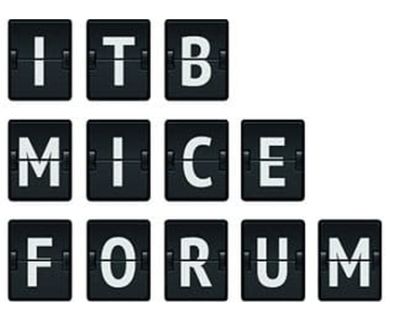 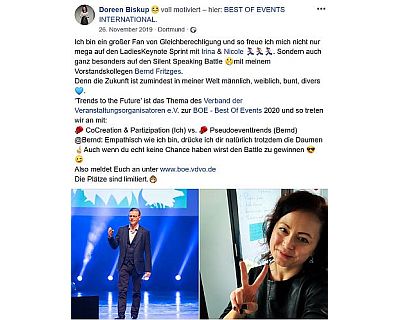 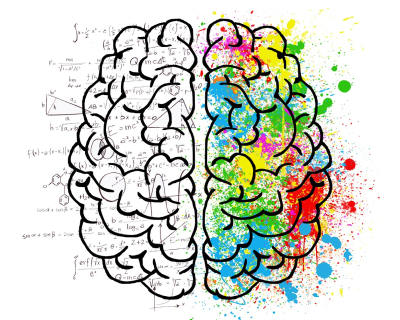 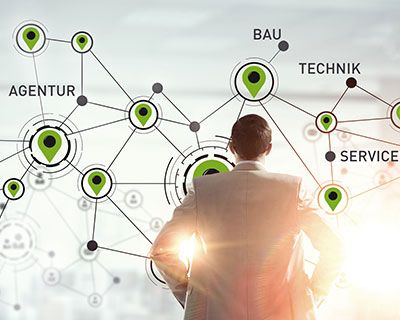